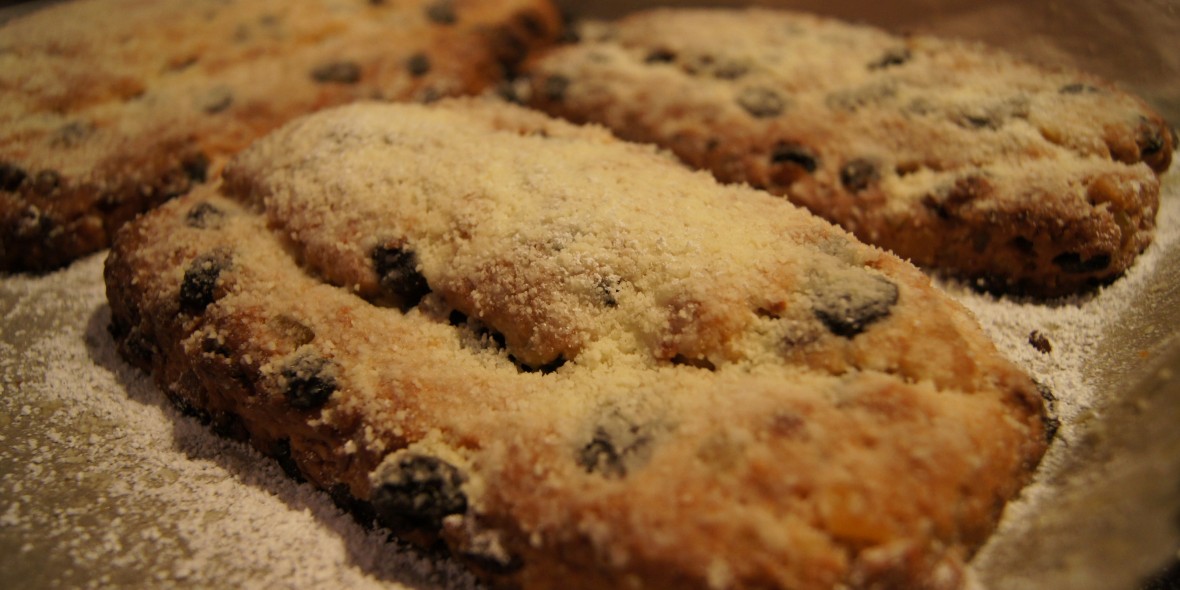 2 Cloves, The Seeds from 2 Cardamoncapsules, Seeds some pieces of star anise

The Peel an Juice from 1 Organic Lemon

A good pinch of Salt

To Nr. 8 in the oven: Should be the dough to dark from the heat, take some aluminium foil an put it over the dough. It is important that you keep the Christstollen in  view.